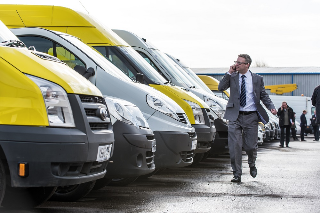 Following an evaluation of the regulation in 2014 that revealed issues in the road transport market, the Commission is considering whether policy intervention is justified to address these problems through an impact assessment exercise.

The public consultation is intended to gather input on the following four aspects: identification of the main problems in the road transport market related to the Regulations, objectives to be pursued by a possible policy intervention, potential policy measures and their impacts and regulatory balance between the EU and Member States (subsidiarity and EU value added).

Issues under the spotlight in the consultation include:

The consultation is open now until 15 September 2016, with all citizens and organisations welcome to contribute, in particular those using road transport services in their activity, road transport workers and companies engaged in the transport chain.

In response, the UK’s Freight Transport Association (FTA) has said that enforcement not legislation is the answer, adding that enough legislation already existed to ensure van operators were safe and compliant.

James Firth, FTA’s head of licensing policy and compliance information, said: “Rules for vans already exist regarding roadworthiness, overloading, driver licensing and insurance, but no-one is out there enforcing them.  Introducing new laws when there’s no enforcement simply means those who play by the rules are stuck with more costs while the cowboys carry on doing what they think they can get away with.”

Further details and a link to the consultation can be found on the European Commission website at: http://ec.europa.eu/transport/modes/road/consultations/2016-review-road-regulations_en.htm