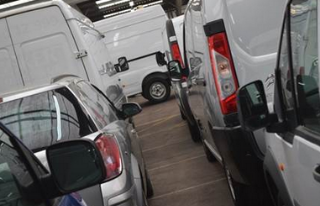 The firm, which has also reported a 6% rise in average selling prices year on year, said that from January to the end of May, it sold 81% of vendors’ vans first time, a 6% rise compared to the same period in 2015. It added that the performance is even more impressive against a backdrop of increased volumes of duplicate, high-mileage and damaged vans.

In addition, Manheim’s 2016 buyer audiences are 16% higher than last year, with 74% of all vans offered attracting an online bid and a third going on to sell to an online buyer.

Matthew Davock, head of LCV at Manheim said: “I’m staggered that three-quarters of the vans we’ve offered so far this year have attracted an online bid. Compared to last year, we have sold 7% more vans online, that’s a total of 32%. We’ve seen some sale sections where over 60% of the vans have sold online with 100% overall conversion rates.”

For the month of May, Manheim saw average selling prices increase £434, or 10%, year-on-year, despite slight increases in average age and mileage. This clearly demonstrates the strength of the wholesale van marketplace during a month historically impacted by bank holidays, half-term and seasonality.

James Davis, director of CV at Manheim, added: “Over the summer months, we expect to see the usual seasonality in the van market, with the added distraction of the referendum and the football championships. In my opinion there may be a slight impact on conversion rates, but I believe selling prices will remain strong while average age and mileage remains stable. The only note of caution is to vendors with duplicate, damaged and high mileage product. With bid values as much as 20% behind book, the need for market-reflective reserve pricing is key to maintaining buyer loyalty and activity.”