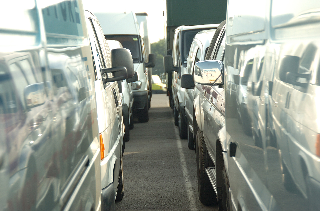 Following on from a strong August and September, October produced the strongest year-to-date average selling price, up by £541 from September and £321 higher than any other month in 2016. This is despite a 6% increase in volume compared to September.

In addition, October saw the lowest average age and mileage so far this year, standing at 63 months and 73,000 miles. When compared to September, average age was down by three months and average mileage decreased by 5,000 miles.

Manheim also recorded its second highest conversion rate of the year, improving by 4% compared to September. Performance showed signs of consistency with the total market, recording a 98.5% CAP average across all stock sold – the strongest monthly performance all year.

Average selling price in 2016 has increased by £170 year-on-year on the back of average age and mileage being almost identical to 2015.

Matthew Davock, head of LCV at Manheim, said: “Buyer appetite at Manheim has been there to see during October and both physical and online attendances has remained very strong. The big question will be around retail demand and whether it will continue to show the consistency it has shown for our buyers. This will be the driving force around conversion rates during November, as if the retail demand softens, condition and price will remain key as buyers will select the cleaner stock first and only buy heavily damaged stock if the price is reserved correctly.”