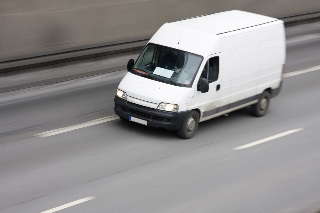 Following the ‘leave’ vote in the referendum, the FTA has spoken out to say that coming out of the union risks new costs, restrictions and bureaucratic requirements being imposed on moving goods in and out of Europe – and that includes transport operations crossing the UK’s only land border with the Republic of Ireland.

Seamus Leheny, FTA’s policy & membership manager for Northern Ireland, said: “Northern Ireland has enjoyed arrangements with its neighbour for almost 100 years for free movement, commercial, legal and social matters. The UK is Ireland’s largest mutual trading partner and this relationship must be maintained through the Brexit negotiations.”

The Freight Transport Association Ireland (FTAI) also underlined this, saying there must be a focus on maintaining free movement of vehicles across Ireland’s border with the UK.

Neil McDonnell, general manager of FTAI, commented: “It now falls to the Irish Government to ensure that Ireland maintains the free movement, commercial, legal and social arrangements with Northern Ireland and Great Britain that it has enjoyed since 1922.

“The UK is Ireland’s largest mutual trading partner and FTA Ireland will do all it can to support this objective. Nothing will change immediately, despite the current market turmoil, and we will be working hard in the coming months to make the transition as smooth as possible for our members.”