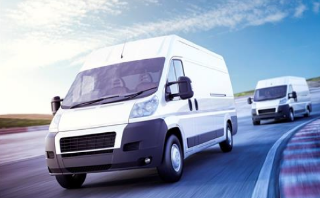 The data from the Society of Motor Manufacturers and Traders (SMMT) – released on the first day of this year’s CV Show – show that registrations grew 1.2% in the first quarter of 2016, following a bumper 2015 which saw more than 370,000 units registered.

In addition, Motorparc data indicates that a total of 4,007,331 vans are in use on UK roads, a 4.3% increase since the previous year.

Mike Hawes, SMMT chief executive, said, “Commercial vehicles have never been more important to the British economy, transporting vital goods and services using the latest low emission technology. The CV Show will demonstrate the huge progress that the whole industry continues to make, with a wealth of new products on display from manufacturers, suppliers, aftermarket companies and service providers.”

The SMMT added that the new figures – and the number of new products on display at the show – underline the importance of the commercial vehicle sector which contributes £11bn annually to the UK economy. CVs cover 61 billion miles each year in the UK, with vans account 45 billion of these – an all-time high. Almost 3,000 tonnes of goods are moved by road every minute – three times more than by water and rail combined.

In response, Jenny Powley, RAC Business sales director corporate, said: “It is highly encouraging to see demand for vans and commercial vehicles continuing at such a pace, as it’s a clear indicator that businesses are performing well and are able to invest in new assets such as vehicles.

“Commercial vehicles really are the lifeblood of the UK economy and this growth reflects the changing way British families shop, with much more emphasis on e-retail and home delivery.

“As such, ensuring vans are fit for purpose is also key for future business growth. Research conducted by RAC Business found 45% of firms that own vans cite service, maintenance and repair (SMR) costs as one of their biggest challenges. And more than one in 10, around 12%, say not having a replacement vehicle to run while their vans are off the road due to SMR issues, is also a problem.