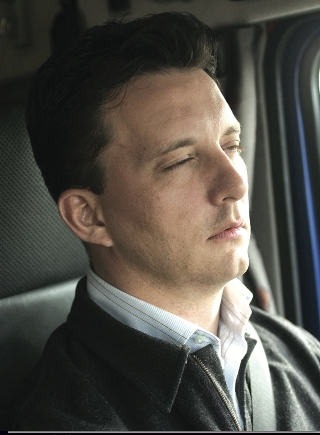 Obstructive sleep apnoea syndrome (OSAS) affects about 10% of the driving population but is more common among those who drive for a living. However awareness of the condition remains low among firms which rely on commercial vehicles and their drivers.

The research, carried out by RAC Business and the OSA Partnership Group in April 2016, found 80% of respondents felt their company would benefit from greater awareness of the symptoms of OSAS, the treatment available and its impact on their drivers.

The disorder is particularly common amongst middle-aged men especially those who are overweight, and studies have shown that when a driver with untreated OSAS gets behind the wheel of a vehicle they could be up to nine times more likely to have an accident.

Despite highly effective treatment being available on the NHS, campaigners say a significant number of sufferers are undiagnosed due to the concerns they have over losing their driving licence and livelihood if they are told they can no longer get behind the wheel of a vehicle.

The survey found 80% agreed that drivers are unlikely to raise concerns with their GP, the DVLA, or their boss that they may suffer from OSAS, because they are afraid of losing their licence.

Following its recent campaign to ensure professional drivers who were diagnosed with the condition were fast-tracked for treatment, RAC Business and the OSA Partnership Group are now calling on the Government, and the Department of Health in particular, to make diagnosis and treatment of the condition a priority.

Professor John Stradling from the OSA Partnership Group said: “We call on the transport industry to support our campaign to introduce rapid treatment for those who rely on driving for their livelihood. This will not only ensure that their drivers are not at risk of falling asleep behind the wheel and thus keep them on the road, but will also improve the overall health and wellbeing of these drivers.”