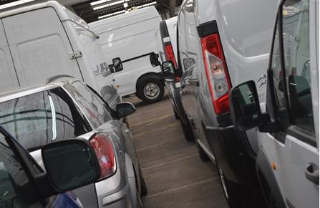 The event, held on 5 May at the De Vere Harben, Newport Pagnell, saw the Mark Cartwright, head of vans and light commercial vehicles at the Freight Transport Association (FTA), highlight tough new guidelines for the sentencing of companies and individuals that were introduced by the Sentencing Council earlier this year.

The fines provide a sliding scale of financial penalties linked to the turnover of a business and level of culpability. For companies convicted of corporate manslaughter the maximum penalty is an unlimited fine although the guidelines state a range of £180,000-£20 million depending on the size of the company.

In response, Mark Cartwright said that a failure by van fleets to adopt a recognised industry standard, such as Van Excellence, could be viewed by the courts as an “aggravating factor” when considering any punishment.

He added: “Fleets should adopt a national standard because if they don’t and something goes badly wrong they will be held responsible.”

He also highlighted that a failure to act on operating best practice weaknesses perhaps revealed by daily vehicle defect checks or telematics data as well as any evidence of putting “profit before safety” would be taken into account by the courts when deciding penalties.

Andy Hill, commercial vehicle manager at seminar supporter Lex Autolease, which counts around 100,000 vans on its fleet of more than 300,000 vehicles, warned fleet operators to understand that a conviction for corporate manslaughter could be followed by compensation claims in the civil courts.

Hill said: “Following a fine for corporate manslaughter will be civil compensation claims for a death and that amount can be significant.”

Highlighting that “staying legal on the road was a minefield” amid a mountain of legislation governing such issues as vehicle payload, tyre condition, speed limits for vans, towing and overloading as well as drink and drug-driving and employee driving licence checks, Andy Hill said: “Drivers should not cut corners.”

He advocated a daily walk round or first use check as “not taking long and it could save a life” and called it a FLOWER check – fuel, lights, oil, water, electrics, rubber.

“When carried out fleets need to prove it has been done and that any highlighted defects have been rectified with good processes and an audit trail. Do not let a vehicle out on the road with any defect that relates to safety,” said Hill.